Humans have learned only through mistakes. The billions of humans in history have had to make quadrillions of mistakes to have arrived at the state where we now have 150,000 words to identify that many unique and only metaphysically comprehensible nuances of experience.

Chagrin and mortification caused by their progressively self-discovered quadrillions of errors would long ago have given humanity such an inferiority complex that it would have become too discouraged to continue with the life experience. 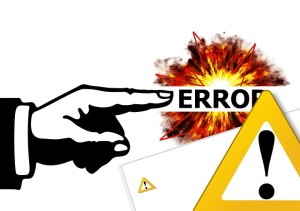 To avoid such a proclivity, humans were designedly given pride, vanity and inventive memory, which, all together, can and usually do incline us to self-deception.

…So effective has been the non-thinking, group deceit of humanity that it now says, “Nobody should make mistakes,” and punishes people for making mistakes.

…The courage to adhere to the truth as we learned it involves, then, the courage to face ourselves, with the clear admission of all the mistakes we have made ~ mistakes are sins only when not admitted.

This website uses cookies to improve your experience while you navigate through the website. Out of these, the cookies that are categorized as necessary are stored on your browser as they are essential for the working of basic functionalities of the website. We also use third-party cookies that help us analyze and understand how you use this website. These cookies will be stored in your browser only with your consent. You also have the option to opt-out of these cookies. But opting out of some of these cookies may affect your browsing experience.
Necessary Always Enabled
Necessary cookies are absolutely essential for the website to function properly. This category only includes cookies that ensures basic functionalities and security features of the website. These cookies do not store any personal information.
Non-necessary
Any cookies that may not be particularly necessary for the website to function and is used specifically to collect user personal data via analytics, ads, other embedded contents are termed as non-necessary cookies. It is mandatory to procure user consent prior to running these cookies on your website.
SAVE & ACCEPT
Copyright © HelenChow.co 2022 All Rights Reserved Worldwide        Receive Regular Inspirations ! Click Here        Contact