.
Time passes by more quickly as we grow older.

Is this an illusion? A trick of the mind? It depends who you ask that question to.

A teenager would tell you you’re nuts and certainly an old fuddy-duddy. They can’t grow up fast enough. They want to be 17 going on 35.

Ask an older person. He will probably tell you that he wished time moved more slowly.

To each his own reality and view of life and the world.

However, what I’ve observed is this:

Age and aging do not confer wisdom.

I’ve met older people who I had expected to be wise, who were in reality, actually quite stupid and childish.

People I’d expected, since a child, to be my elders, guiding me in life, who turned out to be great dis-illusions in that department. I lost respect for them. Perhaps it was to cover up the hurt of the shattering of the pedestal I’d put them on. In any case, it would better that I guide them.

Common sense is actually NOT at all COMMON.

Is there a way around this? What is it? How would you cultivate it? Actually, it is not rocket science.

More about this later.

Today, in our technology-oriented world, we seem to have lost touch with our connection with our fellow human beings. And with ourselves.

The other day, I was at a friend’s house, sat on the sofa between her 2 kids, one on either side. Each had in their hands…of course a smart phone. Very busily engaged.

Door bell rings. I watched the 2 kids intently to see who would answer the door.

Remember that Tom’s sitting on the sofa only once removed from Lynn (I was between them). However, he could have been on planet Mars but that didn’t really matter, no, not at all.

Tom responded (Whatsapp): No, you go!

Lynn re-responded (Whatsapp): No, your turn to go….

And so it continued…while the door bell continued to ring.

Talk about being dysfunctional! What is happening to us all?

More about this later.

Today, I learned that redoubling efforts were not the solution. The more you want something, the less you’re likely to get it. Wow! That’s contrary to what they teach us. At school.

But not in life. Not in reality. How?

In the field of health, in the 1980s, margarine was THE fashionable ‘in’ health food.

Don’t touch butter or coconut oil with a barge pole. Nope. Too full of artery-clogging cholesterol, screamed the media and your doctors/dieticians/health nuts.

They conveniently omitted to tell you that were you to leave margarine on an open dish in open air, it would still stay ‘fresh’ and ‘pristine’.

Even a month later when you got home from your holiday in the French riviera where you had been dining on Charolais fillets lathered in stiff, thick Bearnaise sauce made from real, pure, farm butter.

Of course you feel so guilty. But that French food did taste mighty good. Then, you were willing to pay the price, any price. Oh well, you hope your arteries haven’t clogged up too much. You pinch yourself…ouch, that hurt! But good news: you’re still alive.

You salvage that month-old ‘pristine-fresh’ margarine (you pick off the few dead flies on the top – they actually died there and were enbalmed) and spread it on your bread. And get back on the ‘healthy’ diet they told you to eat…

…while dreaming of succulent lobster in cream sauce and butter cake bathing indulgently in real creme anglaise made with real, orangy-coloured egg yolks and farm cream.

Today in 2017, ‘they’ are tip-toeing around sheepishly and whispering that…actually…butter might not, after all, be that bad for you, for your health. It’s actually really excellent for health!

Bin the margarine. Plastic stuff that will “plasticify’ your innards.

Where does common sense come into all this? Or where doesn’t it?

What is the truth?

I’ll tell you. Another time. I’ve got to run now.

My Mum’s favourite. Her doctors can’t believe it. Doesn’t compute…She’s as fit as a butcher’s dog.
.
“What happened?” they asked. The question they should ask, really is “What didn’t happen?”

That’s another story. Tune in next time. Really have to run now!

Have a great day. 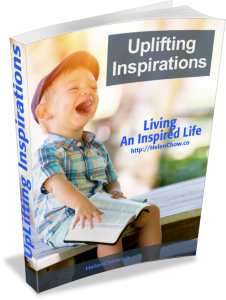 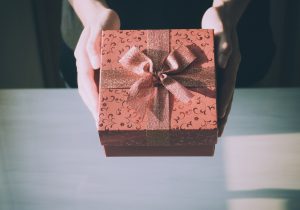 The Lost Book of Natural Remedies

This website uses cookies to improve your experience while you navigate through the website. Out of these, the cookies that are categorized as necessary are stored on your browser as they are essential for the working of basic functionalities of the website. We also use third-party cookies that help us analyze and understand how you use this website. These cookies will be stored in your browser only with your consent. You also have the option to opt-out of these cookies. But opting out of some of these cookies may affect your browsing experience.
Necessary Always Enabled
Necessary cookies are absolutely essential for the website to function properly. This category only includes cookies that ensures basic functionalities and security features of the website. These cookies do not store any personal information.
Non-necessary
Any cookies that may not be particularly necessary for the website to function and is used specifically to collect user personal data via analytics, ads, other embedded contents are termed as non-necessary cookies. It is mandatory to procure user consent prior to running these cookies on your website.
SAVE & ACCEPT
Copyright © HelenChow.co 2022 All Rights Reserved Worldwide        Receive Regular Inspirations ! Click Here        Contact